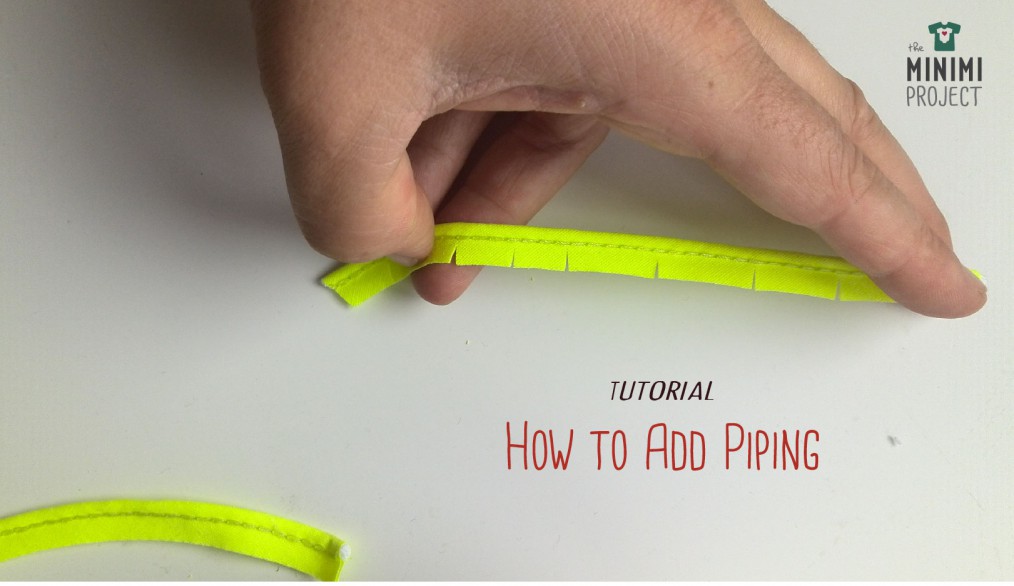 Tutorial – How to Add Piping

Piping can give a very nice detail to almost every sewing project. It is quite easy to use if you learn a couple of tips and tricks. In this tutorial we will go through the ins and outs of how to add piping to your creations.

Piping is a kind of ribbon that is often been used in sewing projects. It is a strip of fabric with cording stitched in between. When finished, the idea is you only see the thicker part, where the cording is, ‘peeping’ out of the piece. It can be a very nice finishing for your cushions, placemats, but also put in a dress, in a pocket, … The general rule is that it should always be used in between 2 layers of fabric. So you cannot use it to finish a hem, like the under edge of a skirt. 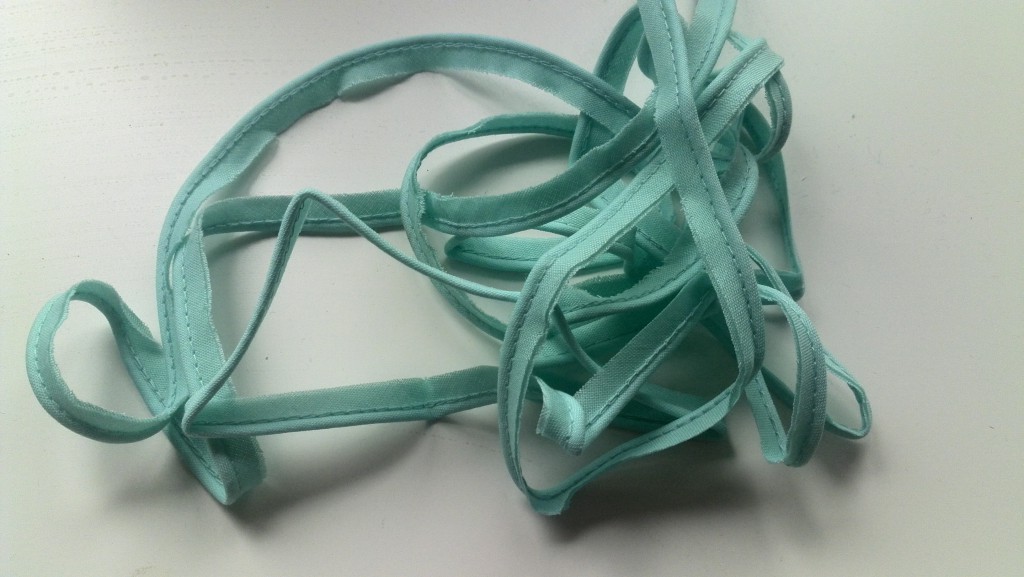 You could also make your own piping, e.g. with the fabric used in your piece, and cording that you buy at a hobby shop.

How to Add Piping? 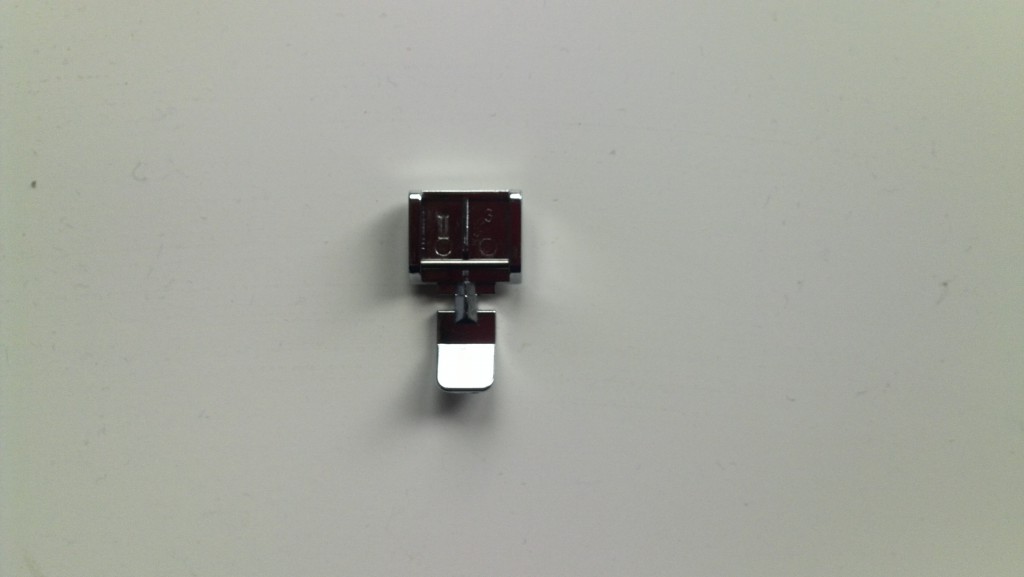 2. Be careful! Although the piping goes between two layers of fabric, never try to put it at once when sewing this seam. You should always put it first to one of the two pieces of fabric. 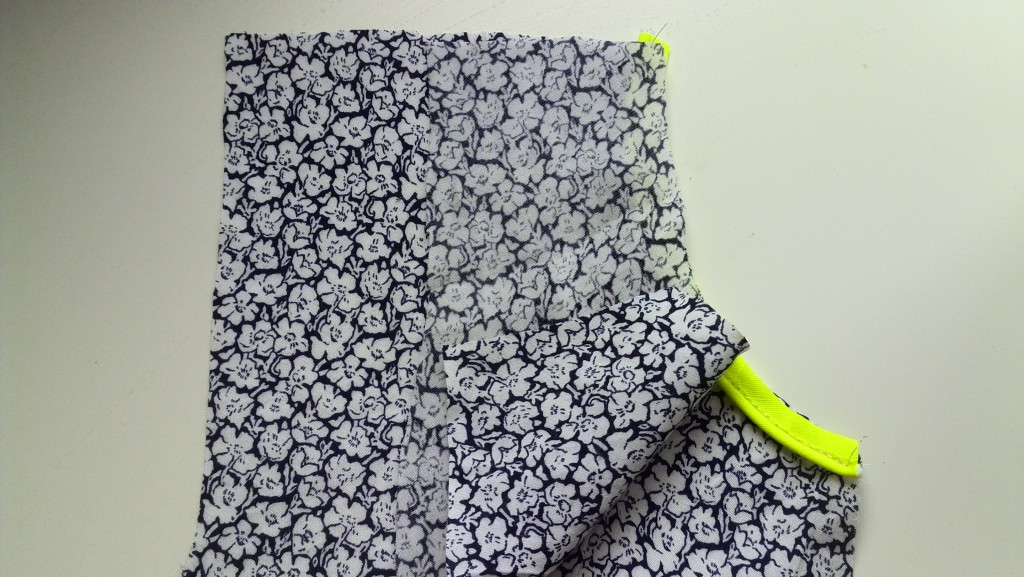 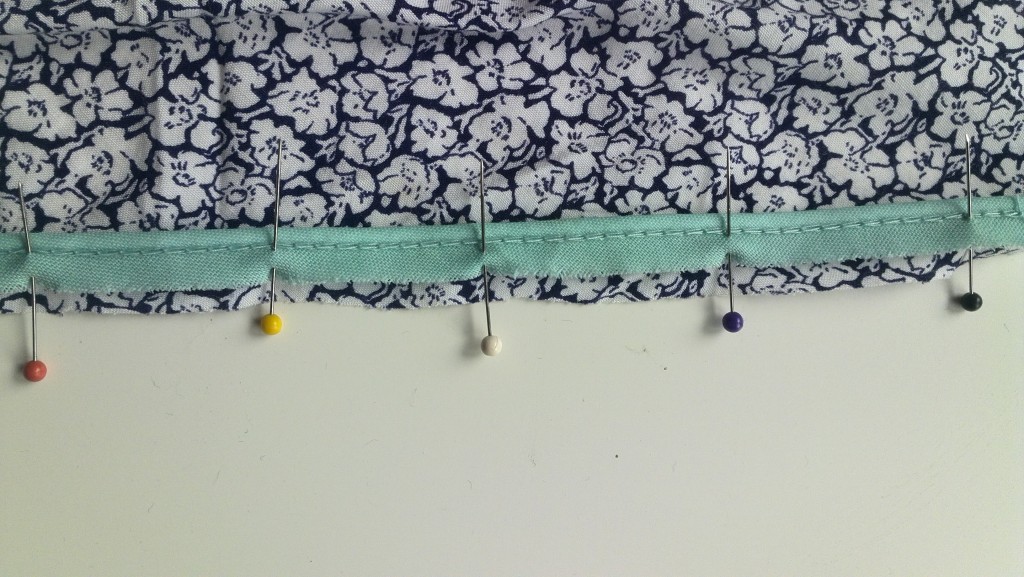 4. Put your needle to the left and try to place the zipper foot so that you can sew exactly in the piping seam. Don’t stitch in the cording since it will peep out less there then in other places; if you stitch too much away from the seam: no worries just correct it afterwards, you will not see the first stitch since it is in the seam allowance. 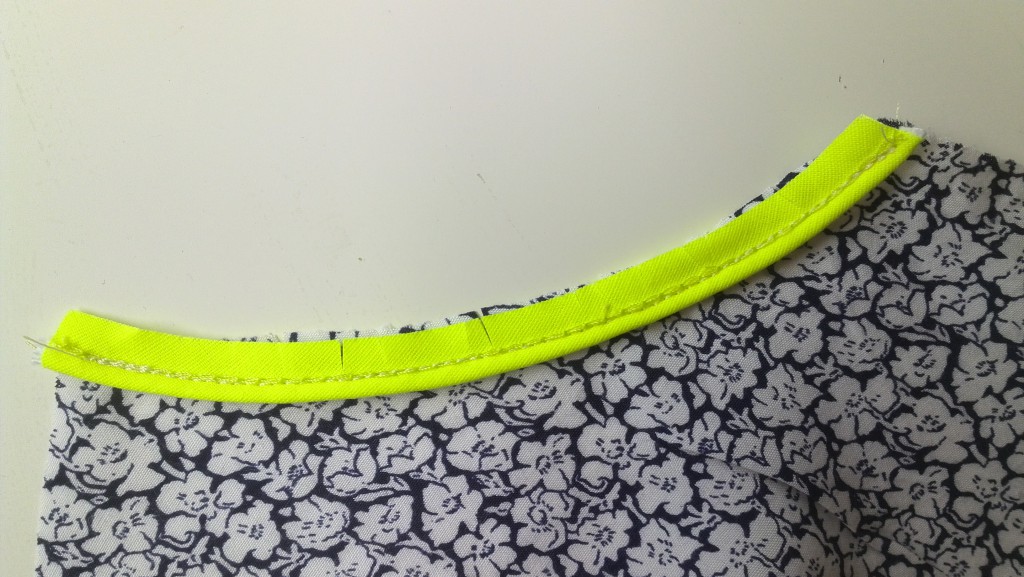 5. Turn the piece, pin your other piece of fabric on top of it, and sew with the zipper foot exactly again in the seam you just sewed. 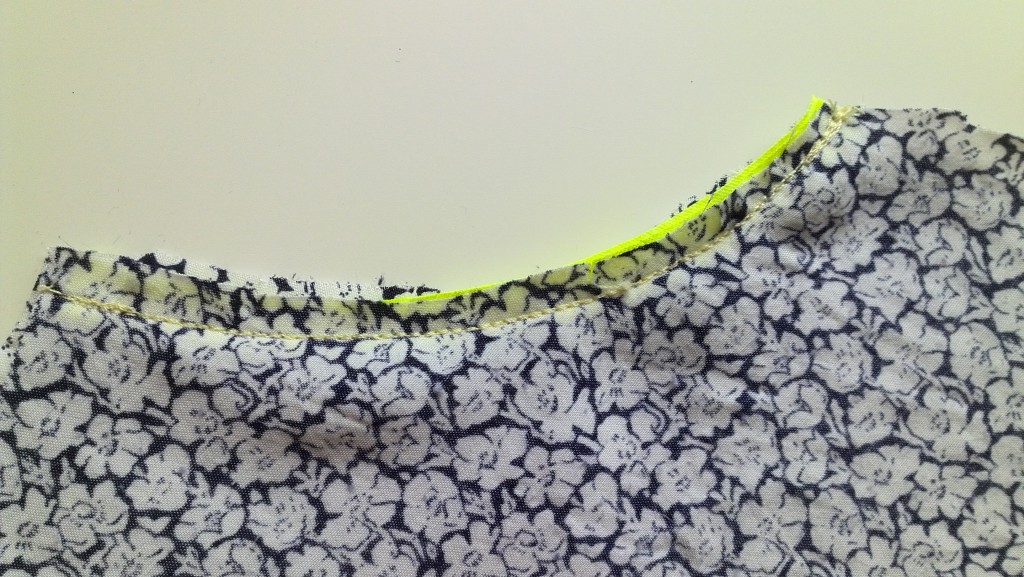 Done! Optionally topstitch on the right side just next to the piping, using your zipper foot.

But! What to do when:

1. The seam is curved: clip the flat part of the piping before pinning so you can make it go round. 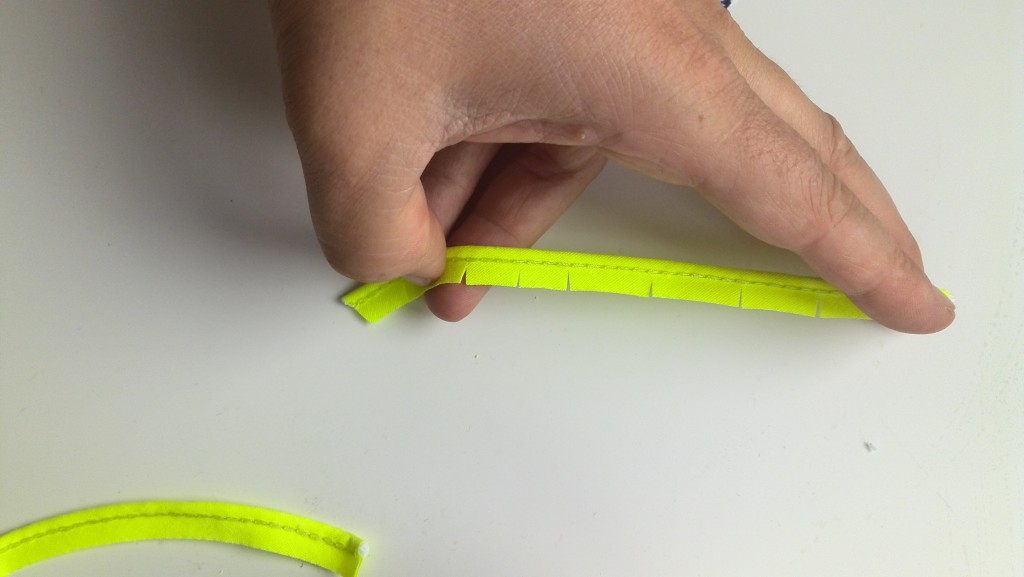 2. You want to finish a corner: while pinning, cut in the flat part of the piping, 1 cm before the corner. Cut then again diagonally towards the same point (where the cut ends at the seam). 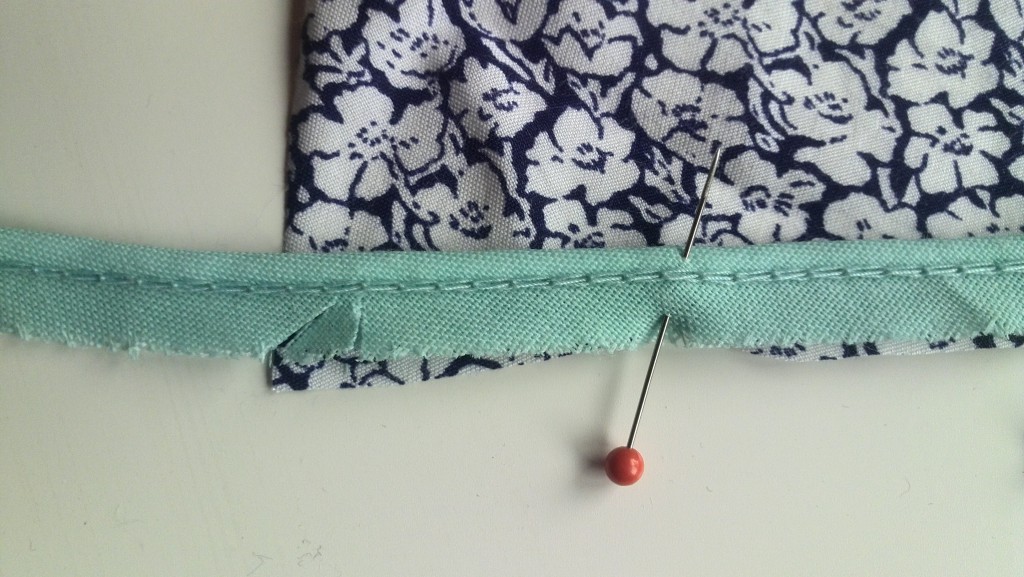 Then you can turn the piping nicely in a 90 degrees angle. 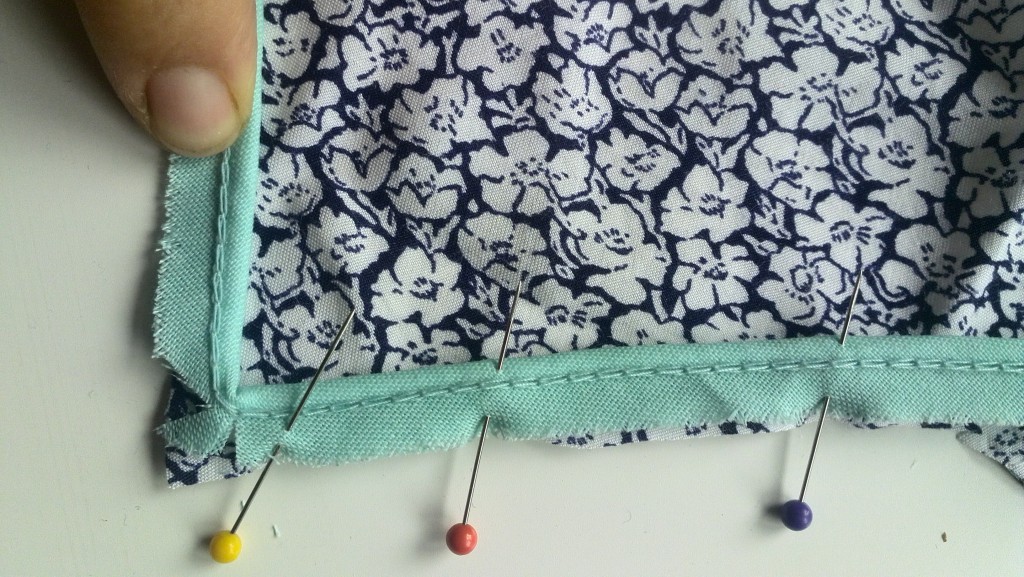 3. You add piping as a circle or rectangular (i.e. the beginning meets the end): Start pinning in the middle of a piece (not in a corner), but leave the first 5cm unpinned. When coming at that point again, open op the seam of that 5 cm of piping so you can see the cording. 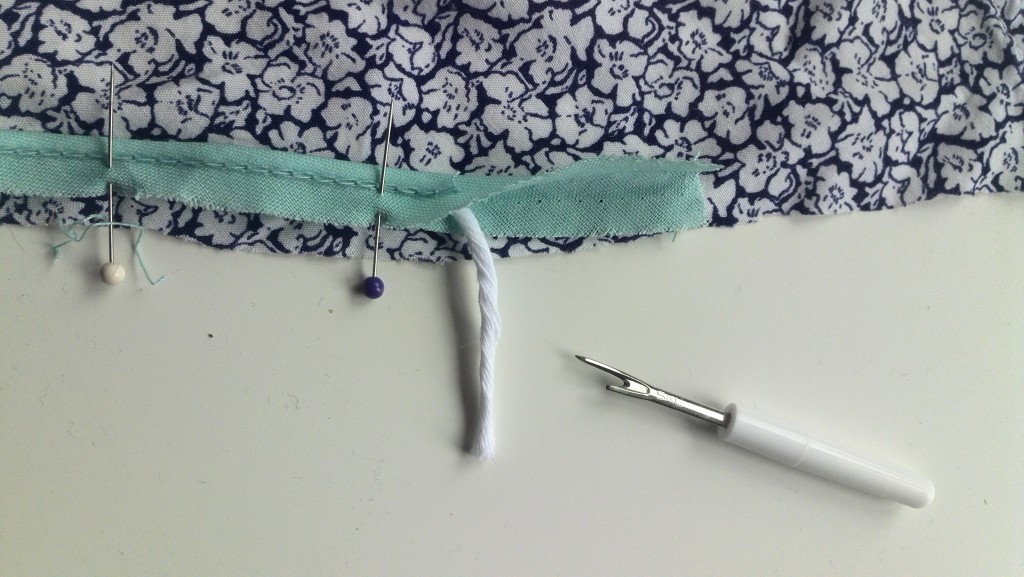 Cut away about 3 cm of cording. Fold 1 cm of the piping edge to the inner side. 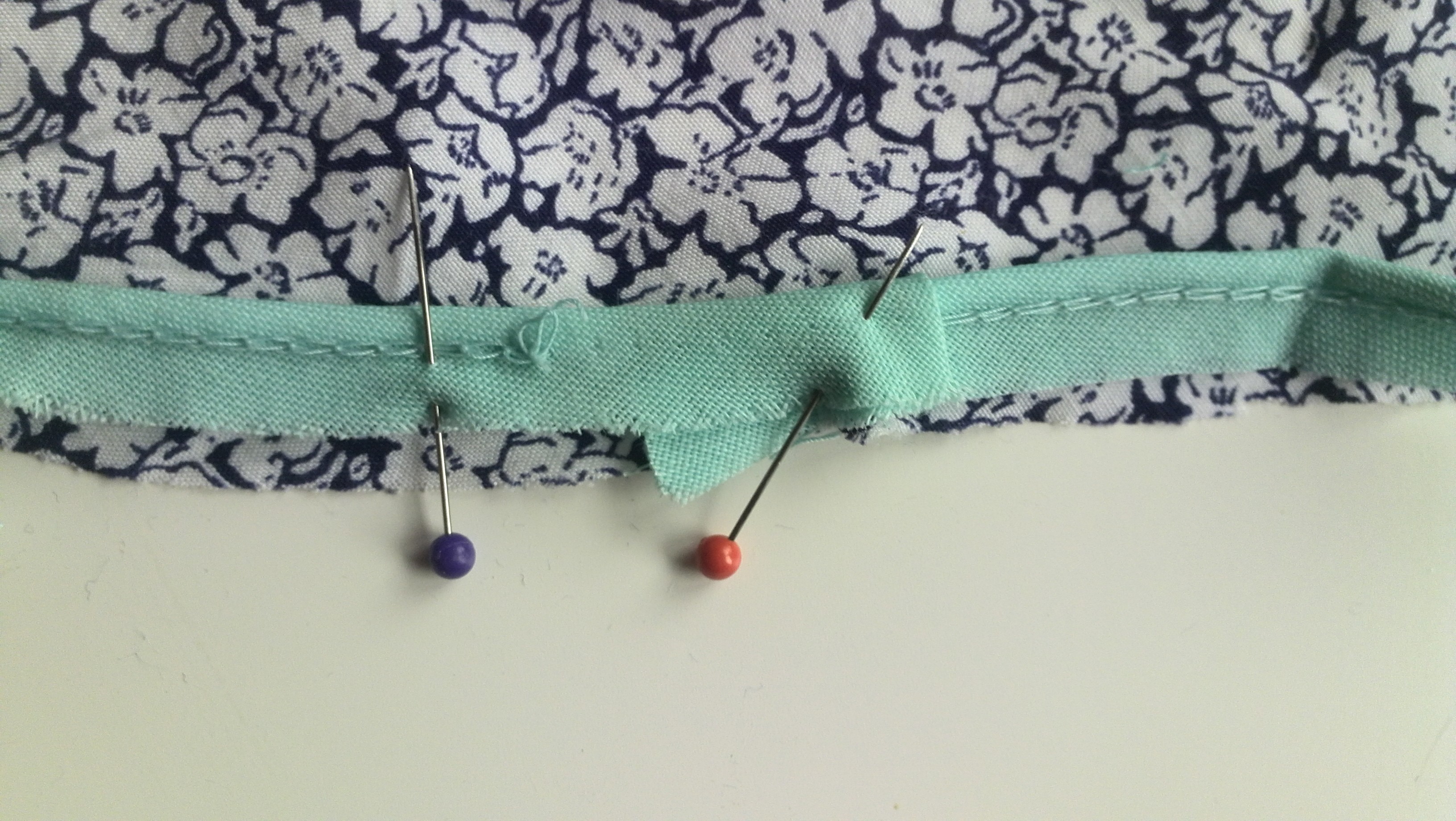 Put the end inside, fold back the piece with the fold, and pin. You’ll only see a little fold when finished. 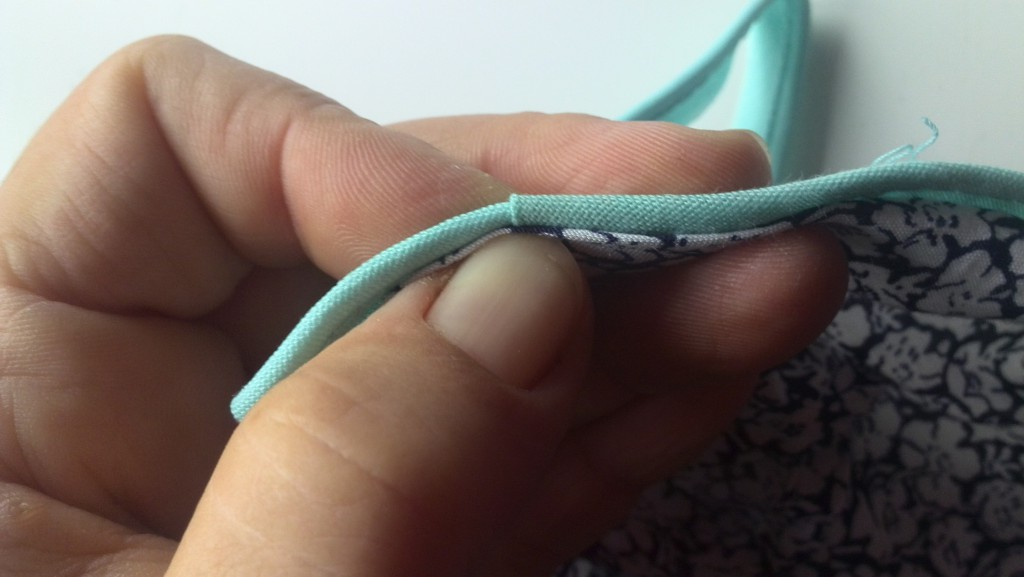