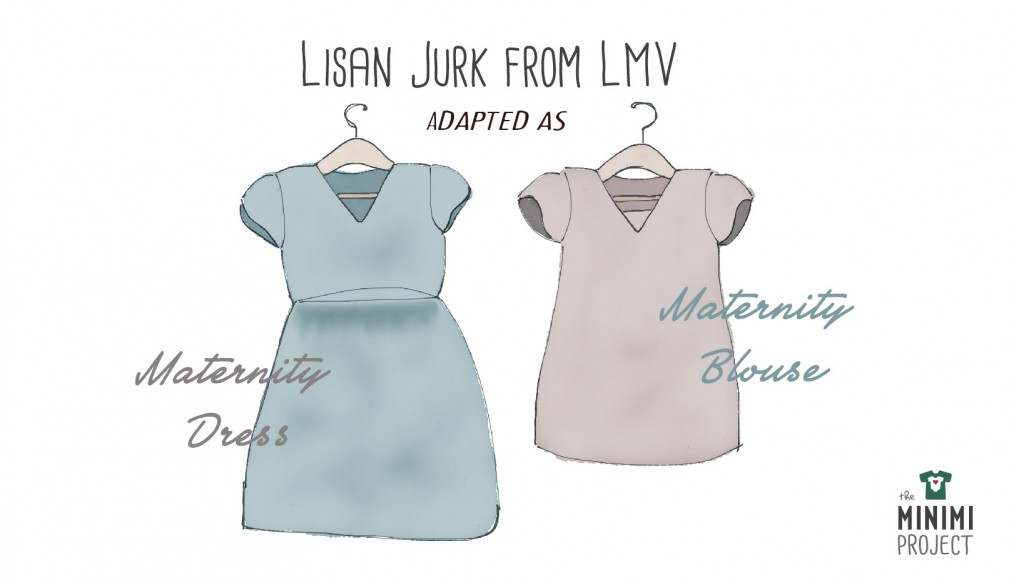 MINIMI is about repurposing, and in this case I am repurposing an existing pattern and turning it into a maternity pattern for a blouse and for a dress.

I was browsing through an old number of La Maison Victor, which is a very nice magazine in Belgium, and I really liked the detail of the sleeves of the Lisan Jurk Pattern. However, since I am now 6 months pregnant, I needed to do some adaptations to the pattern to create an adapted maternity sewing pattern. I have already made some maternity pants and this time I wanted to try and make some maternity tops.

For the maternity blouse, I used the Fauve Top fabrics that I also purchased in the website of La Maison Victor, but I never had the time to make that top, and well, I found a good use for the fabric.

The maternity blouse is a very basic adaptation of the original sewing pattern. I took another blouse that fitted me nicely and used it as a basis for how wide and how long my pattern should be. The pieces of the Lisan Jurk Pattern I used are the sleeves, the top and the back. From there just enlarged it according to the measurements of the other blouse. I found that the cleavage was a bit too low for me, so I added a little triangle of fabric. 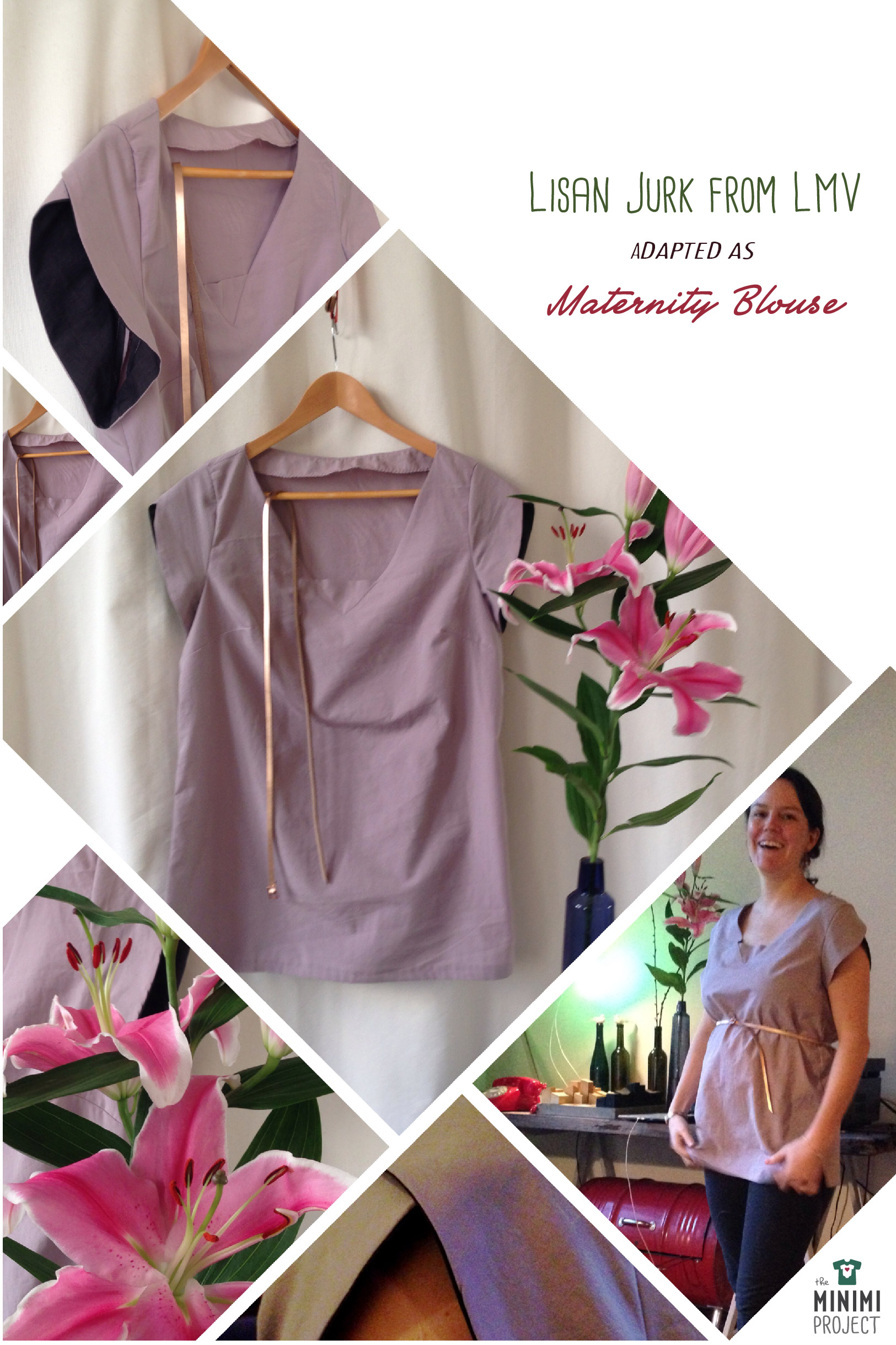 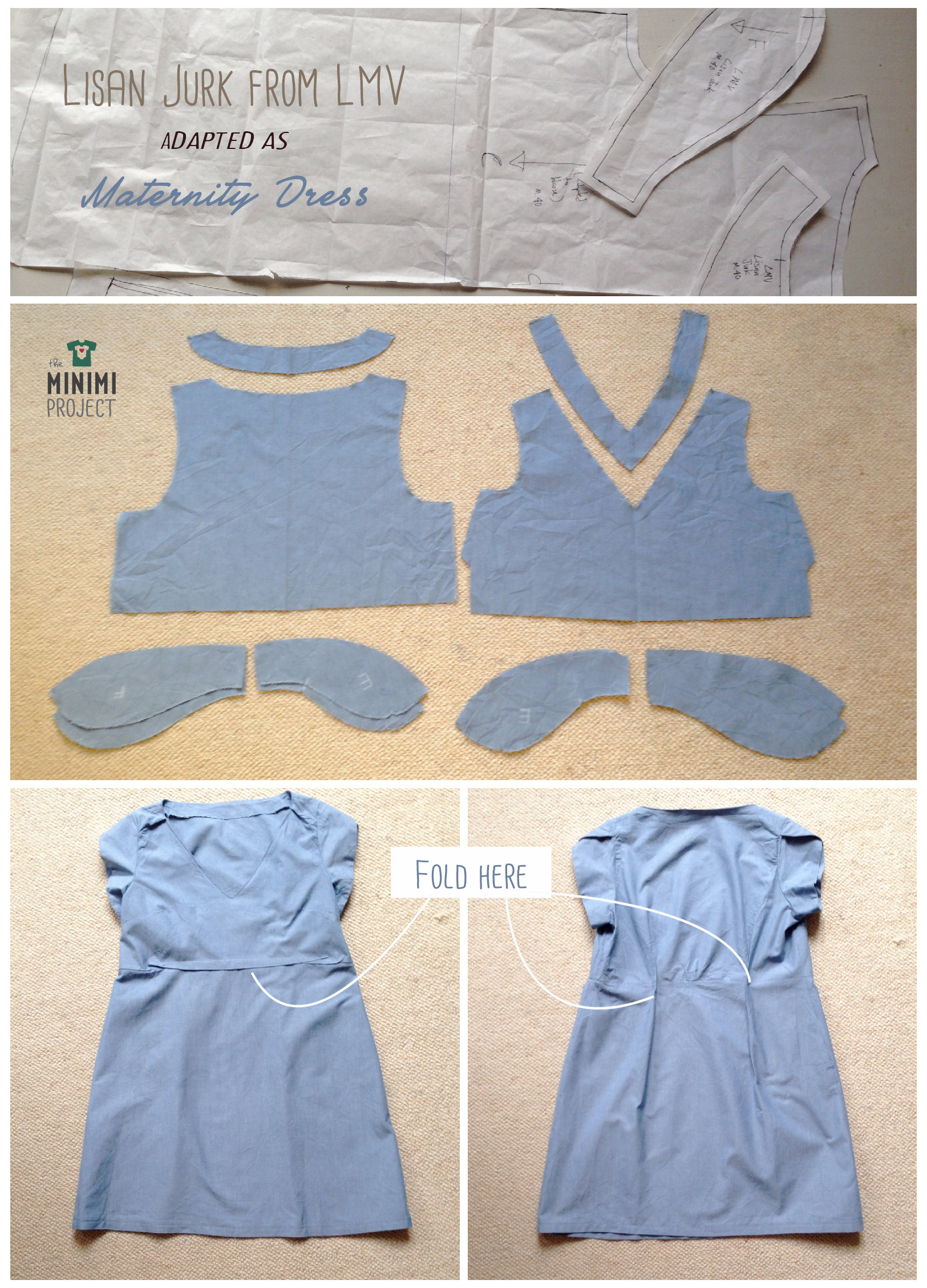 I was thinking of adding some pleating but the fabric was not long enough, and I am happy I did not because the fabric I chose is a bit heavy and would not have fallen nicely. When I tried it on it was a bit shapeless, so I added some folding which in the front works very nice because it breaks the breast from the belly, almost giving the same effect you would get from a belt. On the back it was also a bit broad so I folded it and now it gives a very nice shape on the back as well. And when my bump keeps on growing, I might just remove those folds on the back if needed…

Hope you liked it!

If you are pregnant check out also the maternity pants tutorial.